Go to YouTube to see a beautiful 8-minute video about the proposed phosphate mine in Bradford and Union Counties. It is called The Fight Against Phosphate ​youtu.be/GOnWTZRf2as
If Not Us, Then Who . . . 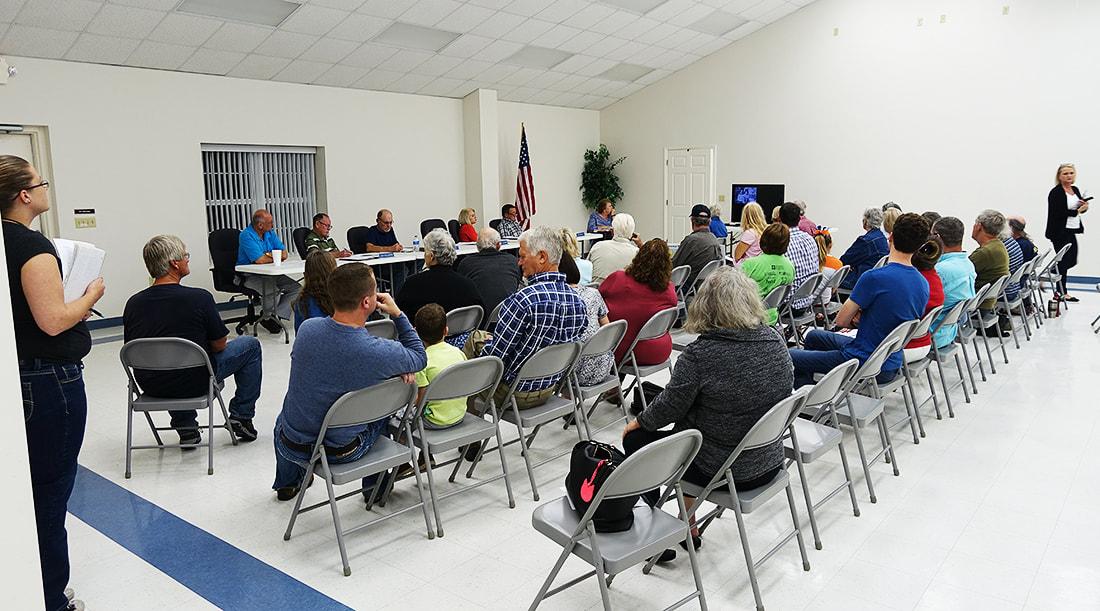 IF NOT US, THEN WHO WILL PREVENT PHOSPHATE MINING IN NORTH FLORIDA?

​A small group of rural residents-turned-activists are determined to halt the mining of phosphate on 7,000 acres straddling the New River in north central Florida. It's clear to these folks that Margaret Meade was right when she famously noted, "Never doubt the ability of a small group of dedicated individuals to initiate change; indeed, it is the only thing that ever really has."

The New River is the dividing line between the two counties of Union and Bradford, and feeds into the Santa Fe River of Alachua County, home to the University of Florida. The mining operation will cut trenches to dry the land in order to mine it.  Their own permit application states the New River is fed by the same surficial aquifer they plan to disrupt in this process.  The water will be diverted to make a man-made lake instead of feeding the New River as would naturally occur.  New River flows will suffer.

The North Central Florida area is punctuated with lakes and rivers that make it a haven for tubing, canoeing, and camping. The lack of development in the area provides refuge for wildlife, including a number of endangered flora and fauna.  It is a sportsman's paradise.

But now, four families holding vast tracts of land have formed a limited liability corporation, HPSII, to mine phosphate via an experimental process. The plan is to operate a minimum of 20 hours per day, six days per week. The vague permit they seek would allow mining up to within 25 feet of a wetland.

The main concern, despite the intrusion on quality of life in general, is contamination or diminished flow of water wells, the drinking water source for most people in the area. Another grave concern is the potential for release of lung cancer-causing radon gas, already at high levels in the area, is released when the ground is disturbed.  The underlying karst geology is prone to sinkholes, even before pulling millions more gallons of water per day from the aquifer.

The Union County Commission wisely enacted a one year moratorium on mining to give themselves time to review their Land Development Regulations (LDR) and perform due diligence on the mining details. They renewed it for a second year, which ends in February 2018. However, the Bradford County Commission (BCC), at an "emergency meeting," without the public's awareness, and under the sole influence of HPSII, who promised to wait on permit applications and to work with the Board, voted against any moratorium at all.  When the citizens heard what happened, they flooded the next commission meeting with opposition and HPSII hurriedly submitted an application for a zoning change from agriculture to mining, tying the hands of the commissioners and gagging them from any further verbal interactions with the public.

Even though the Bradford Commission won't engage in the conversation, the Citizens Against Phosphate Mining are determined, meeting after meeting, to give the commissioners factual information and their opinions as constituents and concerned citizens. They submit frequent letters to the editor of the local paper to keep the issue before the public eye. They have collected more than 3500 petition signatures and gotten nearly all of the local cities and townships to pass Resolutions in Opposition. They set up tables at local events with their handouts: petitions, brochures, Q and A sheets, and individual letters to be signed, sealed, and stamped on site then mailed to the Commissioners.

The most impressive aspect of this leaderless group is that they toss ideas around like bean bags until enough people with the necessary talents step in to implement the most valuable ones. It's a fascinating, though unconventional, self-organizing dynamic that seems to work well for this group and impresses any who witness the results. Most of these folks didn't even know each other before collaborating around this issue. But now, these bears have been poked, and they're determined to keep their ears to the ground for early rumblings from the extraction industries so they can lodge preemptive strikes against such future destruction.

As far as they're concerned, if not them, then who? How about you?

TECHNICAL PUBLICATIONS FOR LEARNING ABOUT OUR WATER AND GEOLOGY
Here are the publications that Dennis Price referred to at the movie night in Gainesville on Oct. 2, Water's Journey: